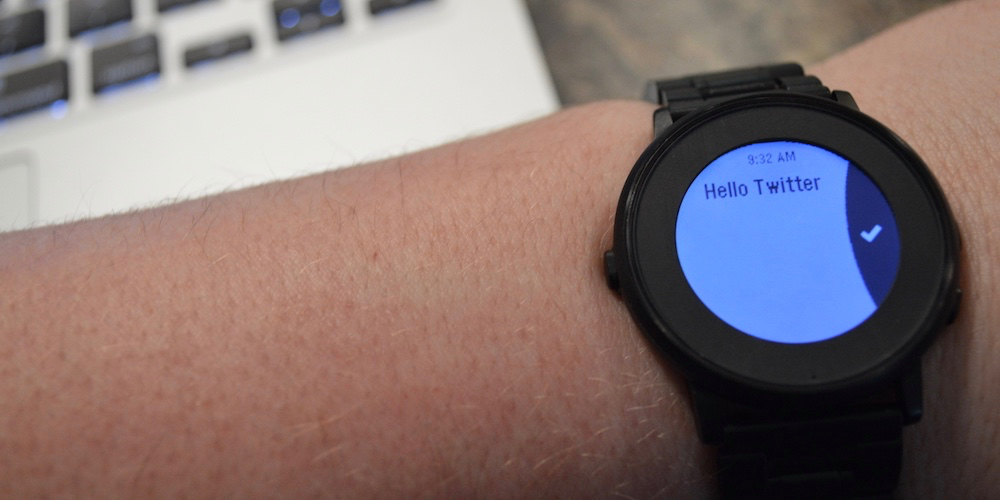 Being able to keep your phone tucked away in your pocket is one of the biggest advantages of having a smartwatch. With Turquoise by developer Travis La Marr, users can stay up-to-date with their Twitter account directly from their wrist on the Pebble Time or Pebble Time Round. We tested out Turquoise to see if it’s worth your time.

Turquoise has two main features built right into the app. First, users can view and reply to DM’s (direct messages) and mentions straight from their wrist when opening the app. Along with viewing DM’s and mentions, once the app is installed, users can tweet directly from the application with a simple flick of the wrist.

Overall, Turquoise does what it claims it is capable of doing. It would definitely be taxing on the watch to have a full-featured Twitter app installed – so that’s not the complaint – but there is certainly room for a few small improvements. The app was easy to launch and setup – we had it set to quick launch from the up button. Most of the time the app loaded fairly quickly (sometimes we waited for the loading screen to go away for what seemed like 2-3 minutes before closing the app).

Turquoise bundles mentions and DM’s into one list once the app is opened. We were hoping to see an option to select which list we were viewing or maybe the ability to choose what list opened on launch by default (maybe in a future update??).

The feature we used the most was sending out public tweets using voice input and the built-in microphone. It worked 100% of the time during testing. It might have been the Pebble Time Round’s accelerometer, but it seemed like it was a bit tough to get the app to start listening. You definitely don’t have to worry about accidentally starting a tweet while the app is open.  Once the microphone opened up and the PTR showed that it was listening, Turquoise would confirm the text spoken and allow users to send out the tweet with one button press. If you love to tweet – this is the reason you’d download Turquoise.

With a few small updates – Turquoise could definitely be something we keep in our daily arsenal of apps. The app’s biggest drawback is the lack of menus or options on how it opens. We’d love to see some customization in a future update. That being said, if you love to tweet you should definitely give Turquoise a shot (it’s totally free — what do you have to lose?). It lets you keep your phone tucked away while you share your thoughts with all your followers. While you’re at it – follow us on Twitter to stay up-to-date with everything that we share!

Have you tried using Turquoise to keep in touch with your followers? What are your thoughts on the app? What social media apps are your must-haves? Let us know down in the comments below!